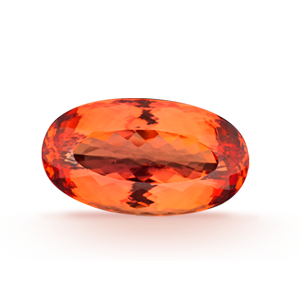 Topaz actually has an exceptionally wide color range that, besides brown, includes various tones and saturations of blue, green, yellow, orange, red, pink, and purple. Colorless topaz is plentiful, and is often treated to give it a blue color. Topaz is also pleochroic, meaning that the gem can show different colors in different crystal directions. 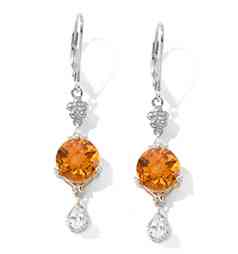 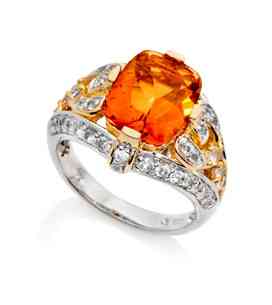 Topaz comes in a variety of colors from shades of blue to the rare reddish imperial colors.

The most valued topaz colors are orangy red to red. Blue gems are widely available.

Topaz used in jewelry is typically eye clean with no visible inclusions.

Topaz crystals are usually columnar, and cut as oval or pear shapes to improve yield.

Topaz can often forms as large crystals. These can yield sizeable cut gems.