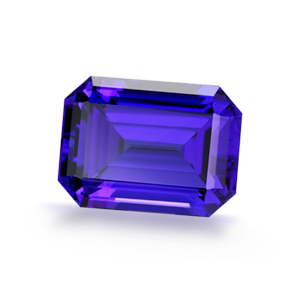 Lush blue velvet. Rich royal purple. Exotic tanzanite is found in only one place on earth, near majestic Kilimanjaro.

Named for Tanzania, the country where it was discovered in 1967, tanzanite is the blue-to-violet or purple variety of the mineral zoisite. It's become one of the most popular of colored gemstones.

Found in just one place on earth, tanzanite is a relatively recent discovery. This blue variety of zoisite was named for Tanzania, the country where it was found, by Tiffany & Co. Because crystals show different colors depending on viewing direction, cutters can choose bluish purple or the more favored pure blue or violetish blue hue depending on how much weight they want to retain from the rough. 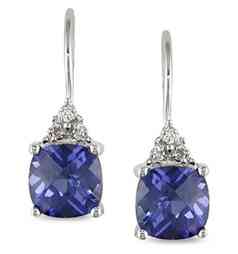 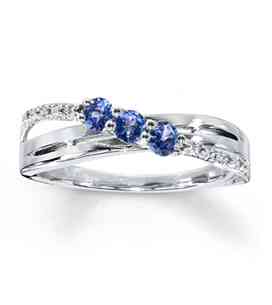 Tanzanite has only one source: the hills of Merelani in northern Tanzania.
Masai tribesman Ali Juuyawatu is credited with finding the first tanzanite crystal.
Tilt tanzanite and you’ll see three distinct colors in three crystal directions.

A deep saturated blue is the most valuable color of tanzanite. Paler tones are more affordable.

Tanzanite is available in a wide range of shapes but cushion and oval cuts are most common.

Tanzanite color is less saturated in smaller sizes. Gems must be above five carats in size to have fine color.