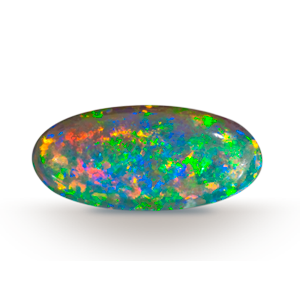 Fireworks. Jellyfish. Galaxies. Lightning. Opal's shifting play of kaleidoscopic colors is unlike any other gem.

Because opal has the colors of other gems, the Romans thought it was the most precious and powerful of all. The Bedouins believed that opals contained lightning and fell from the sky during thunderstorms. When Australia's mines began to produce opals commercially in the 1890s, it quickly became the world's primary source for this October birthstone. 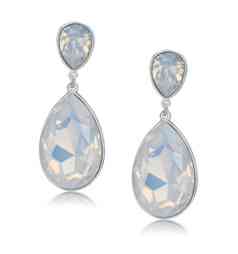 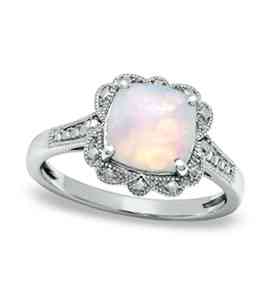 Grids of silica spheres 0.2 microns in size create red play-of-color flashes.
The novel "Anne of Geierstein" gave opal a reputation of being unlucky.
Opal contains up to 20% water trapped in its silica structure.

Opal's spectacular play-of-color can display all the colors of the rainbow.

Fine opals are often cut into irregular shapes that keep as much play-of-color as possible.

Opal has relatively low density so even larger sizes can be comfortable to wear.